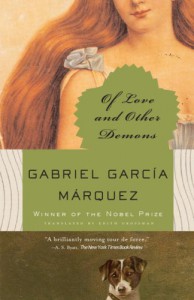 I have always drawn parallels between Marquez and Murakami not only because of the common element of magical realism so discernible in their works, but also because of their talent for splendid imagery.
But it goes without saying, there's a pronounced difference between their styles as well.

While I understood perfectly well that Murakami likes to crack open the spine of a city bustling with life and activity on the surface and fish out its soul from the intimidating depths of its anatomy, Marquez had me stumped with One Hundred Years of Solitude. While Murakami tries to dissect the universal human condition with so much empathy, does Marquez only seek to tell licentious tales?

Even though I enjoyed reading One Hundred Years of Solitude, I remember feeling quite overwhelmed by the time I was done with it. I couldn't quite fathom all its underlying implications. It was much too immense in its scope.

But finally with my second Marquez book, I think I've succeeded in my endeavors to decode his writing, to a certain extent.

Besides having that eerie, surreal quality characteristic of Marquez's style, Of love and other demons is a subtle reproof against religious dogmas and race divides.
It is like an ephemeral tapestry of breath-taking beauty, woven with garishly loud colors.
As you flip through the pages of this little gem, you are transported to an alternative plane of reality where absurd things make wonderful sense and commonplace affairs of everyday reality seem inconsequential. Where images of a marquis' ageing wife engaging in wild orgies with her African slaves and allusions to sodomy do not make the reader recoil in horror. Where the instance of a 36 year-old man wanting to make love to a 12 year-old girl, makes you think of a doomed romance but not pedophilia. Because by that time Marquez would have cast his magic spell on you and whisked you away to a neverland where social conventions and the established notions of morality are immaterial.
He becomes the puppeteer, the illusionist and the enthralled readers can only follow his lead and believe in what he wants them to believe. 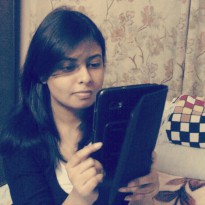